Every mother deserves honor and respect for all she does for her children. Although we do not thank our mother everyday for every pain she goes through and the sacrifices she makes, we can do so on a special day dedicated to them – Mother’s Day. This day honors the mother, motherhood, maternal bonds and the influence of mothers in the society.

The day has no specific date of celebration although it is mostly celebrated in the months of March or May. The day is generally observed on different days in different parts of the world.

A daughter who strongly believed the fact that mothers are “the person who has done more for you than anyone in the world” took up the initiative of setting up a day dedicated to honor her mother. Ann Reeves Jarvis, a passionate social activist, took up an active role in the caring and treatment of wounded soldiers of the American Civil War. She also formed a few Mother’s Day Work Clubs in the public interest.

Anna Jarvis, daughter of Ann Reeves Jarvis, carried forward the work of her mother after her death in 1905. She also struggled to set aside a recognized day as Mother’s Day so that she could pay tribute to her mother and many other activists who accompanied her.

In 1908, Anna Jarvis held a memorial for her mother at the St Andrew’s Methodist Church in Grafton, West Virginia. The same Church now holds the International Mother’s Day Shrine. After a long struggle, in 1911, Mother’s Day was eventually observed all through the US. A few states also declared Mother’s Day as a local holiday. Since then, the day came to be celebrated every year on the second Sunday in May. In 1914, Woodrow Wilson signed a proclamation declaring Mother’s Day as a national holiday.

Generally, chrysanthemum flower is gifted to mothers on Mother’s Day due to its seasonal availability and also due to the presence of the word “mum”, which signifies mother, at the end of it.

Diversity of Celebrations throughout the world –

–          Mother’s Day celebrations were introduced in Egypt by a journalist Mustafa Amin in the year 1956. Most Arab countries carried forward the practice by celebrating Mother’s Day on the 21st of March every year.

–          In Argentina, Mother’s Day was declared as an official holiday on 11 October commemorating the Maternity of the Blessed Virgin Mary. Since the Second Vatican Council which moved the festivity, Mother’s Day started to be observed on third Sunday of October.

–          Australia celebrates Mother’s Day on the second Sunday in May. The tradition of giving gifts to mothers on the special day was brought in by Janet Heyden. She began the tradition by gifting and supporting the lonely and left-aside mothers. Local school children and business persons helped Janet in her noble work.

–          Mother’s Day is celebrated in Belgium, also on the second Sunday in May. Primary school children make small gifts for their mothers’ to honor and respect them. Also, the father buys croissants and cakes for the mother and presents these to her when she wakes up from the bed. –          China has traditional ethics associated with the day which says “respect for the elderly and filial piety towards parents”. It is a day where people remember poor mothers of the rural households and do their share of help for these poor mothers. Children present their mothers with bouquets of carnations on the day. Children also wash the feet of their mothers as a sign of respect for one’s elders. –          Mother’s Day celebrations started in France when it was crippled by its low birth rate. The mothers of large families were awarded in the efforts for anti-depopulation in the country. Another reason for the popularization of the Mother’s Day holiday was the presence of a large number of American World War I soldiers in France who used to send huge number of mails to America on the eve of Mother’s Day. –          In 1920’s, Germany had the lowest birthrate in Europe due to the participation of women in the labor market.  At the same time, the people of Germany sought to respect their mothers but could not find a way to do so. In 1923, “Muttertag” or Mother’s Day was adopted as a holiday and is continued to be celebrated since the time. –          India has been celebrating Mother’s Day every year on the second Sunday of May. Although the day does not have any religious background, it is celebrated widely in urban areas with people gifting their mothers and motherly figures. However, many people still remain unaware of the day.

Not just the countries listed here, motherhood is honored and celebrated in every tradition and in every part of the world. In the earlier patriarchal society, the work of women was rarely noticed and many struggles were carried out to make it noticeable. As the times have changed now and equality has been induces among both the genders, the struggle of women to manage both the work and home both has been noticed and respected. Women are honored and awarded for many of their accomplishments in managing the households as well as setting up new heights for themselves at their place of work.

Lets all thank our mothers this Mother’s day for the love and care they provide us all our lives. Happy Mother’s Day to all the mothers!!! 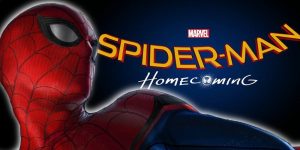